Have you seen the new show “Huckabee” on the Fox News Channel? Tonight at 7:00 central it will air for the second week. It wasn’t bad last week but it did seem a little “forced.” However, I fully expect this to become a great show. Mike Huckabee has a different way of looking at the world than your average talking head and I find that refreshing. Tonight he is going to be discussing the congressional bailout of Wall Street.

Here is a clip from a recent Huckabee letter which will give you a little foretaste of what to expect;

I wanted to write you to convey my disgust with the passing of this 451 page bailout bill. Wall Street has gone trick-or-treating in Washington a little bit early this October. Wall Street is getting the treats and America is getting tricked. The “Axis of Arrogance” has tried to pull the wool over the eyes of the Main Streeters and in doing so hid a sty full of pork in a bill whose constitutionality is questionable at best. Friends, the folks in Washington continue to treat your wallet as their tip jar and this has to stop.

Just check out a few provisions in this bill:

Sec. 308. Increase in limit on cover over of rum excise tax to Puerto Rico and the Virgin Islands.

Sec. 322. Tax incentives for investment in the District of Columbia.

At a time when we are at “ground zero” and on the verge of an all out financial collapse, I am disgusted that these provisions were made.

Without the bailout there might have been some temporary hurt, but the long term effect will be far worse because of the precedent this bill has set and the “Bail-Aholics” it will create. Within minutes of the bill passing the state of California was already in line asking to be the next recipient of a Government hand out. We are creating an economy where you cannot fail and by doing so disabling our ability to ever truly succeed.

I am afraid this is just the beginning of the bailouts. We must not go silent into the night, we have to continue to fight and stand up against these legislators.

Set your recorder so you don’t miss out on what is sure to be an interesting show.

There is a great line in the movie Cars, where Mater the tow truck is showing the rookie race car Lightning McQueen how to drive backwards.  McQueen is impressed and asks, “How do you do it?”  Mater responds, “I don’t have to know where I’m going I just have to know where I’ve been, I use my rear view mirrors.”

I know there has to be a great life illustration in there somewhere.  Ideas?

As we all grieve the loss of Tony Snow I thought it would be good to revisit an article that Snow wrote for Christianity Today one year ago this week; Cancer’s Unexpected Blessings. Here is an excerpt:

Those of us with potentially fatal diseases—and there are millions in America today—find ourselves in the odd position of coping with our mortality while trying to fathom God’s will. Although it would be the height of presumption to declare with confidence What It All Means, Scripture provides powerful hints and consolations. 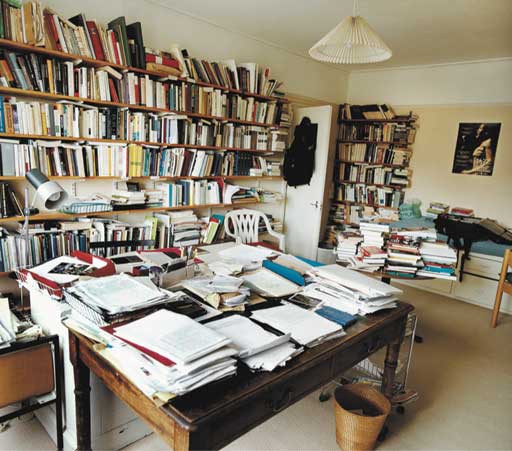 Do you need a particular environment to be able to write.  Personally, I have the same simple need for both reading and writing.  I need a quiet space free from distractions (i.e., no people).

The Guardian has posted pictures of the Writing Rooms of some authors.  The picture above is that of  Eric Hobsbawm.  Go on over to The Guardian to check out the rest.  You will need to click on the authors’ names to reveal the picture of their writing rooms. 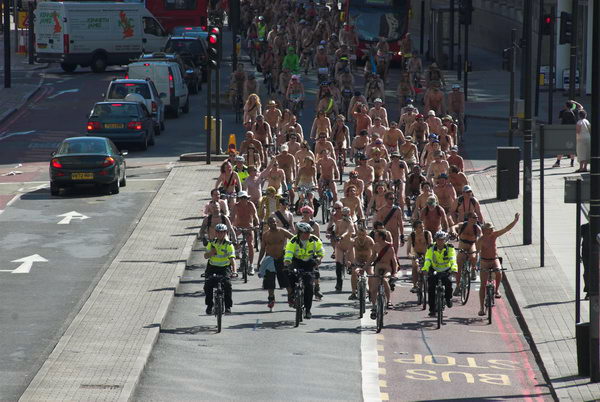 Please pray for my friends in Picher, Oklahoma. It is my understanding that there are now nine confirmed fatalities in Picher and at least a dozen more in the surrounding areas.

My family was able to watch the tornado as it passed them by.

A state trooper working the scene says that the “the fire station is about the only thing left standing.” END_OF_DOCUMENT_TOKEN_TO_BE_REPLACED

Missionaries Booted Out Of China Before Olympics

“We need to return to pure Barry Goldwater conservatism.” That is what one radio talk-show host had to say this week. To most of the listeners that probably sounded pretty innocuous. However, it speaks volumes to the struggle that has taken place in the Republican primary this election cycle. END_OF_DOCUMENT_TOKEN_TO_BE_REPLACED