The facts speak for themselves.
~ Demosthenes, in De Falsa Legatione

“When facts are reported, they deny the value of evidence; when the evidence is produced, they declare it inconclusive.”
~ Augustine, in The City of God

There are three kinds of lies; lies, damned lies, and statistics.
~ Benjamin Disraeli

A fact is like a sack—it won’t stand up if it’s empty.
~ Luigi Pirandello

The plain fact is that there are no plain facts.
~ Kevin Stilley

The Congo is the only river that flows both north and south of the equator. It crosses the equator twice.

The deepest lake in the United States is Oregon’s Crater Lake.

The Dead Sea is nine times saltier than the ocean.

Madrid is the only European capital city not situated on a river. “20” is the most common uniform number worn in all professional sports.  The second most common in number “21”. Dachshunds are the smallest breed of dog used for hunting. They are low to the ground, which allows them to enter and maneuver through tunnels easily.

Greyhounds have the best eyesight of any breed of dog.

The bloodhound is the only animal whose evidence is admissible in an American court. In the game of Monopoly, Illinois Avenue is the property most frequently landed on by players.  B & O Railroad is the second most frequented property.

There is only one Q in a Scrabble game. Alaska is big enough that the state of Texas could fit within it borders twice. 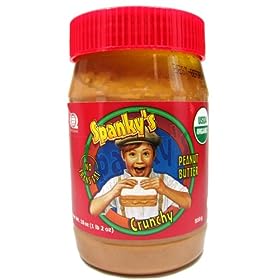 Arachibutyrophobia is the fear of peanut butter sticking to the roof of your mouth.

How long might you expect your animals to live?  Animals in captivity tend to live much longer than those in the wild. If your critter is very healthy, has very good genetics, and is very lucky you might hope that it lasts somewhere close to the following . . . Garlic was once so valuable that people in Siberia during the 17th and 18th centuries paid taxes with it.