William Lane Craig, Research Professor of Philosophy at Talbot School of Theology in La Mirada, California, argues that the case for atheism is not only weak, but nonexistent. 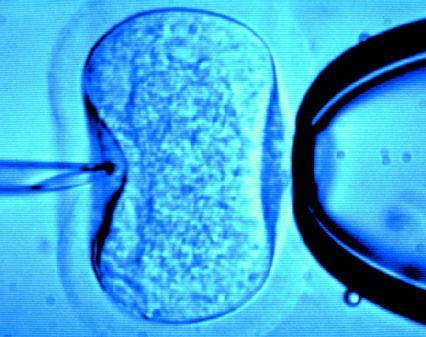 It is estimated that infertility effects between 8 to 16 percent of couples of childbearing age. Infertility can be quite painful for couples who, like Hannah (1 Samuel 1), desire a child. As Christians we are called to be of the same mind toward one another, weeping with those who weep (Romans 12), so how are we to counsel those who long for the gift of offspring and are considering in vitro fertilization?

More than 1,000,000 children worldwide have now been produced using in vitro fertilization. Is it an option for Christians? Many Christians have gone through in vitro without understanding the destruction of life that usually accompanies it.

With in vitro fertilization fertility drugs are administered to stimulate the production of as many eggs as possible. These eggs are withdrawn from the ova using a syringe, are inseminated in vitro (“in glass”), and then transferred to the uterus for implanting. To increase the likelihood of pregnancy, a number of eggs are then transferred . The remaining fertilized eggs are then frozen and placed in storage.

This procedure seems innocuous enough until one considers elements of it in more detail. I share below a few of the problems that should be considered by those contemplating in vitro fertilization.

Problem #1 – To increase the possibility of success, numerous embryos are usually implanted into the woman. When more than one survives implantation there is usually a selective reduction in which embryos in the uterus are destroyed. There can legal debate about when an embryo becomes a “person” but scientifically there is no debate that “life” begins at conception. Destruction of embryos is the destruction of human life.

Problem #2 – Embryos not implanted are eventually used in research or otherwise destroyed.

Problem #3 – IVF is expensive and involves physical risks for both the woman and child (note: risk is not necessarily wrong, nor is expense, but it is something that should be considered).

Problem #4 – IVF seems to violate the one-flesh principle of Scripture when it involves the use of semen donors, egg donors, or surrogates.

It is theoretically possible to harvest, fertilize, and implant only a single egg at a time in order to avoid the destruction of embryos. However, it is rarely done because there is a very small chance of success and extremely expensive. Even with multiple implants at the best Assisted Reproductive Technology facilities there is still only about 25-50% chance of success.

Is it good stewardship for a Christian couple to spend in excess of $10,000 with little chance of success when there are orphaned children in need of parents?

A. A. The desire to have children is a “pro-life” position and fertility drugs and treatments to improve the possibility of conception are morally acceptable supplements to the conjugal act as long as there is no destruction of human life.

B. B. Those suffering with infertility should be encouraged to reflect upon the Biblical injunction to care for orphans and to consider the possibility of adoption. Due to the number of abortions in the United States it has been more difficult to adopt babies as the demand for babies to be adopted is greater than the number available. However, older children need homes and it is also possible to adopt babies internationally. Adoption not only respects the command of God to care for those least able to care for themselves, but is also a beautiful picture of how God adopts His children.

C. C. Adoption can be a very expensive process. Those who have been blessed financially should seek opportunities to assist those who would adopt if resources were not an issue.

D. D. While infertile couples are struggling with what to do to get children, the government struggles with what to do with hundreds of thousands of frozen embryos. In recent years agencies have been opened to assist in adopting embryos currently in storage and destined for destruction. This alternative exists for infertile couples with a strong desire to go through the childbirth process but for whom the destruction of life that accompanies in vitro fertilization is unthinkable.

What do you believe?