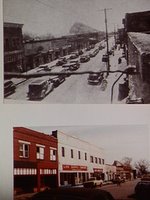 If I am going to share with my kids the area where I spent my teenage years, I am going to have to do it right away because, it will all be gone soon. It sounds strange to say that a whole town, the school, the churches, the businesses will be gone . . . but they will. 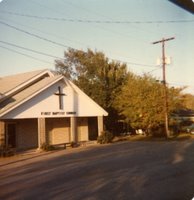 When I was in the sixth grade my father accepted the pastorate of the Cardin Baptist Church. Cardin is one-mile from Picher, Oklahoma and together they are one socio-geographic entity. I did not want to move from our home in North Miami (part of the Commerce school system), but I was eleven years old and I didn’t get a vote. So, we moved to Cardin-Picher, where I grew to love the people and where I came to know almost every square inch of the terrain. 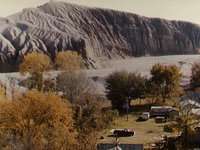 It is that very terrain that is now bringing to an end the existence of Picher and Cardin. You see, Picher / Cardin was once the largest lead and zinc mining area in the United States. After a major deposit was discovered by a man drilling to get his wagon free from being stuck in the mud, there was a massive migration of people to the area that is second only to the California Gold Rush. Over the course of decades, hundreds of millions of tons of rock were hauled out of the ground.

Today, there is a significant portion of the population that is at risk of having the ground literally open up and swallow them due to subsidence. Lead levels in the blood of children in the area are elevated. There is a problem with polluted groundwater that the Environmental Protection Agency has not been able to resolve. And with each passing year, the problems get worse rather than better.

The federal and state governments are now stepping in and buying out the community. Sometime in the next few years this once vibrant community will breath its last breath as the last few occupants are relocated. Before the town becomes soulless, I want to return there with my kids and share with them some of the memories I have of the area; playing on the athletic fields, fishing in mill ponds, riding my motorcycles on the chatpiles, graduating from the same high school from which my mother graduated 38 years earlier.

My heart hurts just thinking of the silence that will be left behind as the red hot miners move on. No one will be left to sing the school fight song.

We’re from Picher High School
As you all can tell.
Known as Red Hot Miners.
Oh, how we can yell
“GO GORILLAS GO”
On the fields and courts
Backing every aim
We will always try.
To win an honest game.

Who will tell the stories of the people who lived here . . . and for how long. Surely, there will come a generation that did not know Joseph (Exodus 1:8), that does not remember the days of old (Deuteronomy 32:7), and the stories will fade away as did the people.