I have been translating all night – – Hebrew – – Greek – – Latin . . .English . . . back and forth, forth and back. So, I took a short break and was pleased to find this little article about someone else’s translation woes:

JERUSALEM (Reuters) – Something always gets lost in translation, but usually not an entire city.

“Jerusalem. There is no such city!” the Jerusalem municipality said in the English-language version of a sightseeing brochure it had published originally in Hebrew.

The correct translation: “Jerusalem. There is no city like it!”

Carrying a photograph of the brochure, Israel’s Maariv newspaper said Wednesday tens of thousands of flyers had been distributed before city hall realized its mistake. 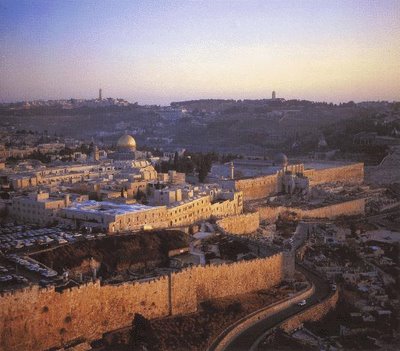