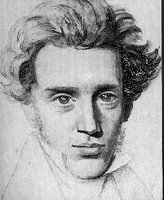 A few weeks ago I was reading a book that provoked in me several questions that the author did not answer. So, I picked up the phone and gave him a call at his University office.

While on the phone this author, who is not a Christian, mentioned that in recent years he has become interested in “christian philosophy” and that the writings of Dietrich Bonhoeffer and Soren Kierkegaard have both influenced his thinking.

This comment has prompted reflection on my part. It seems to me that Bonhoeffer and Kierkegaard are often mentioned as influential by people from diverse worldviews. Thus, these authors can often serve as a kind of common ground for dialogue in the great marketplace of ideas.

Regardless of whether you approve or not, you must admit that the role played by the Western canon of literature in shaping and enabling public discourse has greatly diminished. In a vacuum of common referents, those who believe that the message they have to share is important must stop to consider what tools best serve as a utility of Truth. So…

I ask myself, AND YOU…

“What authors other than B & K can serve as common ground with those who have very different theological, philosophical, and political commitments?” 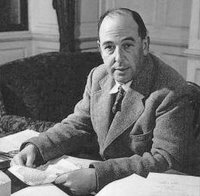 The name that jumps to the forefront I think must be C.S. Lewis. Who hasn’t read something by the man? And, with the exception of a small segment of those on the far right who are not willing to forgive Lewis for some things he said regarding soteriology (and a few other weird ideas that he held), most are appreciative of his literary and/or philosophical contributions.

Well, I will stop with those three and await your suggestions.